Is Victoria ready to design resilience into the energy grid? 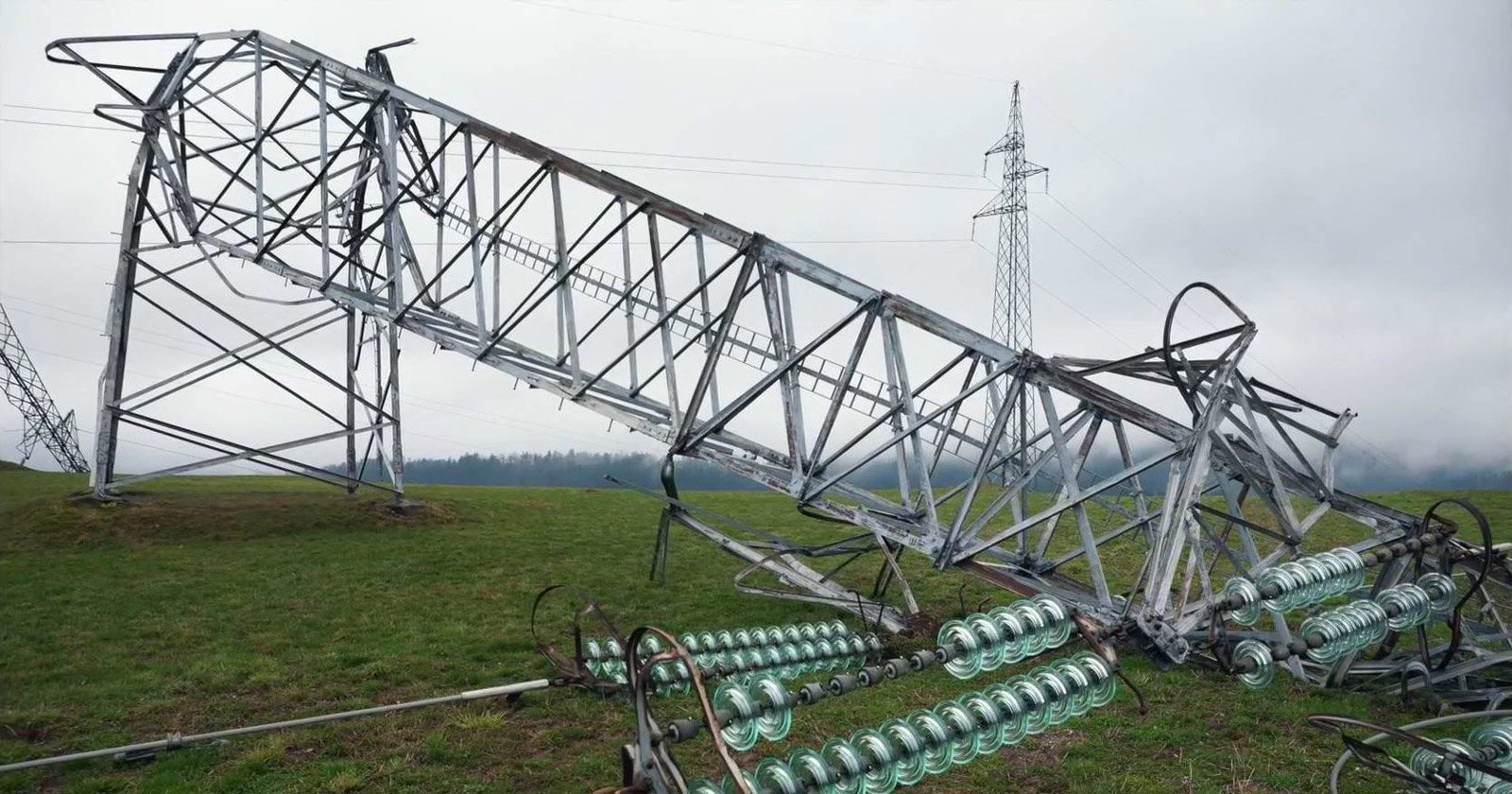 The wild weather experienced on Wednesday the 9th of June 2021, smashed Victoria with roads closed, flash flooding and power outages. The storm system wreaked havoc across Victoria. Some 220,000 households and businesses lost power with widespread outages reported from outer eastern metropolitan Melbourne across to South Gippsland and Bass Coast and throughout the central Gippsland region as well as parts of the Central Highlands and south-western Victoria. While the worst of the severe weather that battered Victoria has passed, thousands of people remain without power, and many are yet to return to their homes.

AusNet Services has informed communities in Victoria’s Dandenong Ranges they are likely to be without power for three and a half weeks, saying "the wild weather on June 9 had caused the worst damage to its network in a single incident in memory”. Energy and Environment Minister Lily D’Ambrosio said the extent of the damage had “been unprecedented in terms of our electricity infrastructure”. She said AusNet had told her "the damage to the network caused over just two days was the equivalent of what they would normally expect in a two-year period". Surely if this is a 'normal' expectation, even over a two-year period, it signals an immediate need to find a better way.

This was not an isolated incident

On the 31st of January 2020, extreme storms swept across Victoria, knocking down a significant number of trees, damaging homes and powerlines. This severe weather event impacted supply to around about 20,000 energy consumers across the state. Near Cressy Victoria, the storm brought down six transmission towers on the two transmission lines and damaged two other towers, the impact causing Portland's Aluminium smelter to lose power for the second time in three months. This also led to the separation of the electricity network between Victoria and South Australia. Restoration of the transmission line, including the replacement towers incurred costs totalling $25.04 million for AusNet Services. Given the nature of the event and magnitude of the cost impacts, it was found appropriate for these costs to be recovered via the cost pass through provisions (to energy consumers) set out in section 6A.7.3 of the NER.

On the 30th of December 2019, bushfires impacted the transmission lines between NSW and Victoria, shutting down key equipment and preventing Victoria from importing electricity from NSW. At the same time two large coal-powered generating units were off-line.

A Grattan Institute energy expert and bushfire mitigation specialist, Tony Wood, says “the government should move to bury power lines underground where possible in the storm and fire-prone area, with thousands of households facing the prospect of weeks without electricity”. Tony has called for “a serious assessment of whether electricity wires should go underground in communities vulnerable to storms and fire”. While the reference here is to power lines, the same risk mitigation measures should be applied to energy distribution and transmission lines too. Routing critical transmission lines underground, would enable our energy networks to better withstand such extreme weather events and build increased resilience.

Scientists warn such extreme weather will increase in both frequency and severity as climate change accelerates. The Australian Energy Market Operator (AEMO) is acutely aware of this, warning climate change poses “material risks to individual assets, the integrated energy system, and society”.

The 2019-20 summer was particularly challenging for Australia’s physical gas and electricity infrastructure, with notable increases in heat and fire impacts consistent with climate change projections. These impacts highlight the need to integrate resilience measures into the planning, routing, design and assessment of transmission projects and upgrades. The vulnerability of key transmission lines and other major energy infrastructure to fire impacts and extreme weather events needs to be addressed.

Through the Integrated System Plan (ISP) stakeholder engagement process, stakeholders expressed a strong desire for further consideration of resilience to climate events, and resilience more broadly. Energy Grid Alliance, and the communities we engage with, believe the best method to build resilience into our energy networks is to underground all new or replacement transmission lines. Preferably utilising High Voltage Direct Current (HVDC).

Increasingly, utilities in other countries are routing power underground, despite the added expense. Denmark was among the first to mandate it in 2008, requiring most new AC and HVDC transmission to be routed underground. In 2015, Germany mandated underground transmission for HVDC systems. To ensure a continued reliable supply of energy in Southern Germany, transmission system operators are planning to build the SuedOstLink electricity highway. Transporting energy from northern Germany and ensure that green electricity can be supplied to the south. HVDC technology will enable the low-loss transport of electricity over more than 500km.

There will always be debate around the cost versus benefit and justifying the additional project cost of undergrounding to improve resilience to future climate effects. Considering the long terms economic and social costs, caused by these extreme weather events, the risk in building overhead transmission infrastructure is that investments will not be optimally designed for the needs for resilience to future climate change. This inherent limitation may not be fully appreciated until the future climate is experienced. And by then it will be too late.

Increasing frequency of dangerous fire weather poses a threat to most assets, with a particularly high operational risk to transmission lines due to heat and smoke. It is also an important consideration in transmission line route selection and design.

According to AEMO (July 2020), "good engineering design will ensure that any new infrastructure does not lead to unsustainable deterioration in grid resilience. Building additional transmission lines along a bushfire prone transmission corridor would be an example of resilience deterioration".

A project that is currently receiving noteworthy objection and push-back from local communities is the proposed Western Victoria Transmission Network Project (WVTNP). Overhead transmission infrastructure, proposed through bushfire prone areas and nearby township settlements, is highly inappropriate and represents one of the worst locations in the state for this project to be routed. According to Forest Fire Management Victoria, the eastern half of the Grampians region is where the greatest bushﬁre risk sits, particularly for settlements in and around the Wombat State Forest and Lerderderg State Park, such as Daylesford, Trentham and Darley. In 1983, on Ash Wednesday, a ﬁre claimed seven people’s lives in the Macedon, East Trentham area. The ﬁre reached a ﬁnal size of 29,500 hectares, destroying 157 homes and 628 other buildings. Whilst ﬁres of this magnitude have not occurred in this area since, the potential consequence of large ﬁres in this area remains extremely high. The risk to human life and deterioration in grid resilience directly contravenes strategic objectives which is to minimise the impact of major bushfires on human life, communities, essential infrastructure, economy and the environment. Human life should and will be afforded priority over all other considerations.

Transmission is a key and often the most complicated part of the energy infrastructure puzzle. By taking the lead from international best practices it should not be a complex puzzle to solve. As Victoria's transmission network develops to accommodate multiple major new renewable energy projects, the question must be asked...

Is Victoria ready to design resilience into the energy grid or will our indifference to more resilient technology and routing practices leave Victorians in the dark again?