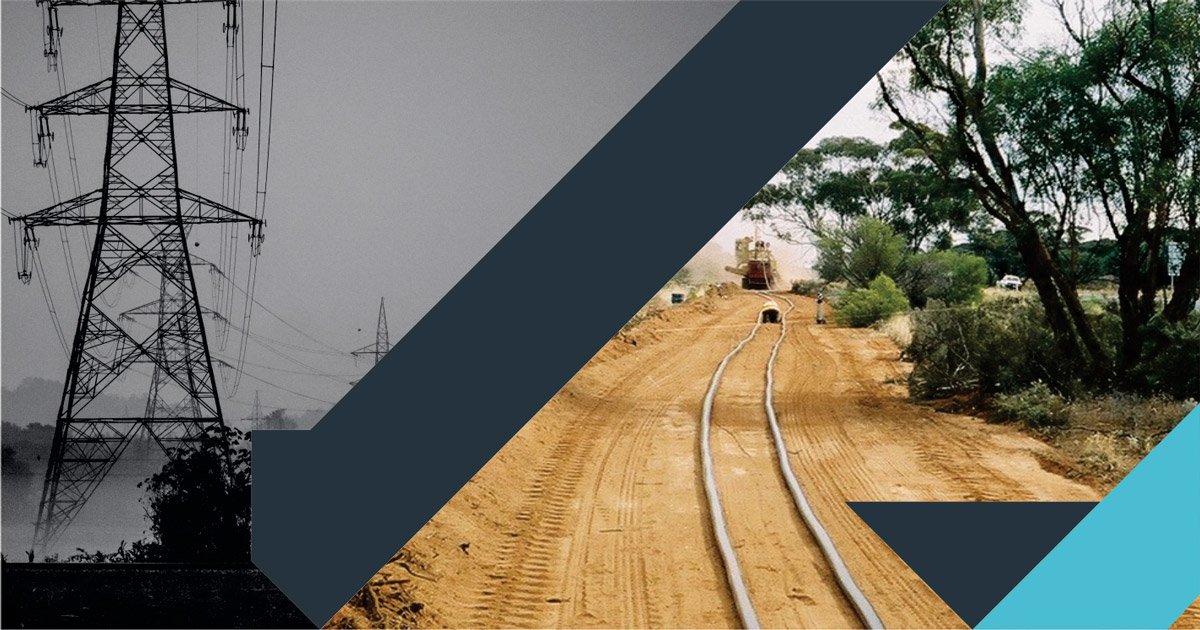 An article today, published by The Courier, states that renewable energy advocates call for powerline construction. The Grampians New Energy Taskforce has spent years advocating for Victoria to decarbonise its economy, and new transmission lines will be central to this - chair Stuart Benjamin, based in Ballarat, has spoken out previously about the need for the WVTNP, and similar projects, to get this going.

Speaking to The Courier, he is mindful of the massive impact the project will have on the people who were there first - the farmers and landholders - but said the entire state needed it.

"I'm a property owner and there's no way I'd want these things going across my property, full stop".

"We've really done the community, and to be honest the Victorian public, a disservice by not making a statement very early on - this thing has to go from point A to point B, and if it doesn't, in five or 10 years time we will have very serious issues in Victoria."

"Not just in our immediate communities, but our entire state, we will not have enough power to run the state, and that's not an exaggeration or overstatement."

According to Mr Benjamin,  new transmission lines will be central to decarbonising our economy. While they are central, they do not have to be delivered in a way that provide regional communities with such large-scale disbenefits. The issue with any large-scale linear infrastructure is that it often can’t be delivered without impact however, with bold and visionary leadership to re-imagine our future grid, it is possible to work for the greater good of the communities across our entire region and not expect them to shoulder the burden alone.

Mr Benjamin also says, "No one has been able to explain why this asset can't go down the highway, I think we'll hear that as part of the EES process, and the community deserves to hear that."

The issue you will find is that AusNet Services, Victoria’s transmission network owners, have a clear preference for overhead transmission infrastructure. This is their bread and butter and as such, there is no incentive of motivation for AusNet to re-imagine our future grid, despite the socioeconomic and environmental impacts of this infrastructure on Victorians. No one has been able to explain why this asset can't go down the highway because AusNet Services have not assessed this feasible option.

The Environmental Effects Statement (EES) process for the WVTNP is required to proportionately investigate and document the likely environmental effects of feasible alternatives, particularly where these offer a potential for superior socioeconomic and environmental outcomes. AusNet Services have an obligation to investigate this alternative. If they do not, it will materially delay project delivery or risk the project not proceeding at all. This will be disastrous for all Victorians.

So, what are feasible alternatives?

Route selection should try to avoid, minimise, or offset impacts on important environmental, social, cultural, landscape values and strategic land use conflict by utilising existing rights-of-way as a priority.

What are the WVTNP feasible alternatives?

When faced with the need to expand transmission capacity, the first inclination of many transmission planners is to consider new lines. However, there are a number of options that can increase capacity significantly using existing rights of way (ROW). Many of these have the additional advantage that they face much lower regulatory barriers. Transmission planners would be well advised to give such strategies much more attention as concerns continue to arise about reliability, and as the need to move more power grows as a result of using electrification to reduce the carbon intensity of the economy.

Transmission capacity expansion using existing lines and ROW is a strategy that deserves greater attention. The need to acquire siting approval and ROW for a new line can materially increase a project timeline by many years, and in some cases may even lead to project cancellation. In Australia, the current planning process for large scale transmission takes around 7-8 years. This timeline is echoed globally. Community opposition to the creation of new ROW and socioeconomic and environmental impacts is seeing this timeline pushed out to 10 years or more.

Projects that use or expand an existing ROW face different regulatory pathways and typically result in different responses from the public and other entities than those that involve siting an entirely new line.

A well-conceived plan is crucial. Rather than construct transmission infrastructure the same way we did many decades ago, we must figure out how we can use land more efficiently, and whether that’s transportation ROW or existing transmission ROW that could have more throughput, we need to open these opportunities and take progressive approaches to how we undertake transmission planning.

A fundamental flaw in the current regulatory framework is that RIT-Ts penalise the use of existing transmission corridors through the assignment of outage costs. This disincentivises the use of existing assets as outage costs will always be lower for greenfield sites. Furthermore, there is a financial advantage for transmission companies to build in greenfield sites to expand their asset base with new infrastructure.

A sustainable electricity grid will likely need to move large amounts of low-carbon bulk power as part of a strategy to reduce emissions. That will require expansion of transmission capacity, and changes in the topology of the system, even as the use of distributed generation increases. In many cases, maximizing the capacity of existing transmission corridors may best be done by conversion to high-voltage direct current (HVDC). While typically not included in planning tools, such conversion is surprisingly cost-effective, even over relatively short distances, and, in some cases, may be the only way to achieve dramatic increases in the capacity of existing corridors.

HVDC transmission systems are emerging as the bedrock upon which the new energy system based on renewable sources is being developed and implemented. Renewable energy systems, such as solar and wind power projects, are often highly volatile and located in remote areas. The ever-evolving HVDC technology is gaining ground in the new energy economy with long-haul HVDC transmission lines that can transport power with maximum efficiency and minimal power losses.

HVDC transmission has become the power superhighway for large-scale integration of renewable power resources to offer interconnected grids, which are reliable and flexible enough to address the challenges of the new renewable energy economy. HVDC transmission grids enable load balancing between HVDC power superhighways and sharing of lines and converter stations in solar projects and offshore wind power stations.

Deployment of underground HVDC transmission systems is considered as an economically viable and environmentally sensitive way of providing redundancy, reslilience and reliability in transmission networks.

An independent report, commissioned by the Moorabool Shire Council, confirm that utilising HVDC underground cables for the WVTNP is a viable, low-impact alternative to the HVAC overhead transmission lines currently being planned. Importantly, it also found that the underground option is significantly less than the 10 times greater as referenced by the AEMO Western Victoria Renewable Integration Project Assessment Draft Report (PADR).

Key finding of the report indicate that:

A recent review of the HumeLink Project Assessment Conclusions Report by the Victoria Energy Policy Centre (VEPC) indicated that using existing easements, or adjacent land, could save hundreds of $millions and minimise environmental and landholder impacts. The VEPC also recommended that undergrounding should be seriously considered, either in part or whole (with HVDC), particularly where land of high value is likely to be affected.

There are myths circulating that undergrounding HVDC is not feasible as multiple generators will need to connect along the length of the line, all requiring their own converter stations. This is misleading and represents a lack of visionary thinking. A more robust solution would be to create an underground HVDC backbone that bypass the urban growth corridors and avoids impacting materially populated regional towns and strategic agricultural land. These backbones would terminate at a more remote converter station, creating a single point of entry to the grid for renewable energy generation.

The problems with the WVTNP stemmed from the beginning of the project, with AEMO's RIT-T, or regulatory investment test for transmission. This test is not for for purpose as we transition to a new energy future. The flawed framework and lack of transmission planning policy has resulted in a flawed project that cannot progress in its current form.

To echo the objectives of the Grampians New Energy Taskforce,

"Maximising the opportunities and benefits will require bold and visionary leadership to re-imagine our future."

Let's hope some emerge before it is too late.