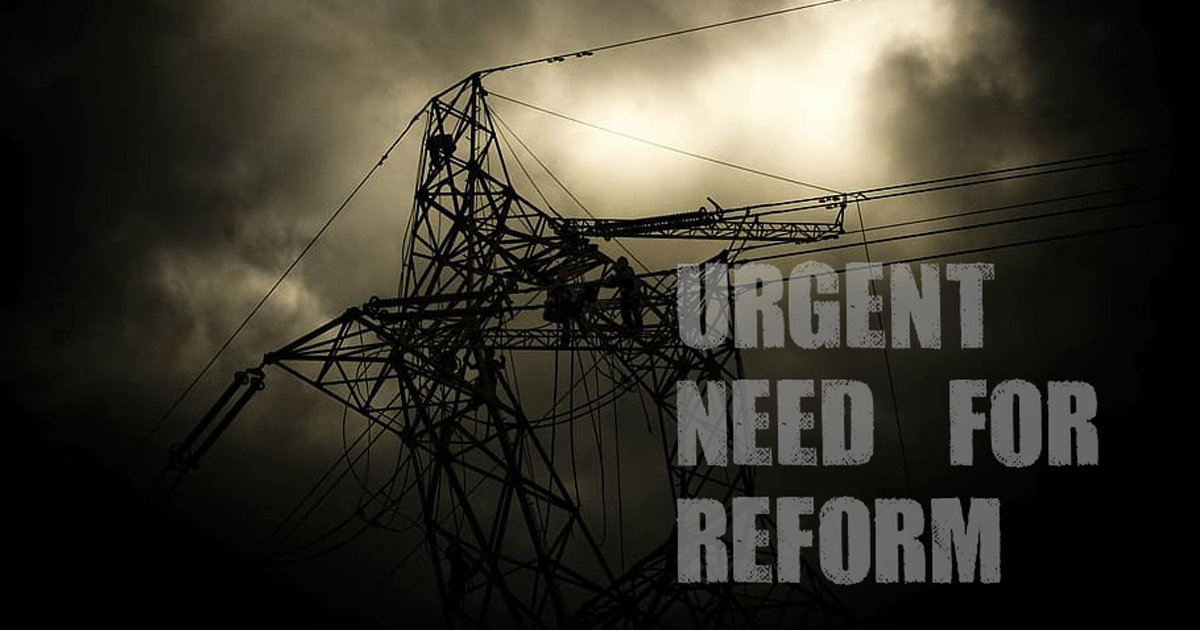 The transition from coal-based to renewable energy is one of the key challenges of the 21st century. Conversion of the energy supply system must, however, be designed to minimise the impact on the environment and landscape and take account of climate and human needs. The strong incentive mechanisms over recent years have led to a dynamic expansion in renewable energies. To harmonise climate change objectives with the conservation of biodiversity, the interests of climate change, nature conservation and landscape management must be fully considered.

This raises the question of what consequences will arise for the environment and society if renewable energies are gradually expanded until legislated climate goals are reached?

Energy Grid Alliance believe the transition to renewable energy generation must be harmonised with broader environmental goals to enable the exploitation of co-benefits and minimise negative socioeconomic and environmental impacts and associated push-back from impacted communities.

The fundamental driver for transmission companies appears to be commercial incentives rather than consideration of climate and socioeconomic disbenefits. This is reasonable to expect as to maximise revenues, companies need to build more regulated assets. Hence, there is an inherent incentive to underestimate costs to move a project to the proposal stage. Naturally, a project develops momentum as it progresses, and it becomes more difficult to stop, even with the inevitability of escalating costs and decreasing (even negative) net benefits. Estimated costs need far more scrutiny, right from the initial stages of a proposal, and some form of reprimand when shown to be understated.

The fact the Regulatory Investment Test for Transmission (RIT-T) is not allowed to consider socioeconomic and environmental impacts and has no consideration of climate-change objectives is reason for concern. Especially given protection of environment and lessening our impacts on climate change are the drivers behind the transition away from coal.

The Australian Energy Market Operator (AEMO) has not formally brought Greenhouse Gas Emissions (GHG) into its assessment of actionable Integrated System Plan (ISP) projects. It is essential that AEMO does this so the projects it approves are consistent with the Australian Government and jurisdictional governments’ “net-zero-by-2050” GHG policies.

Economic models, climate policies and financial mechanisms should be developed and deployed to provide transparency around climate, environmental, social, and economic trade-offs. This will ensure that the full impacts of decarbonisation are recognised, and the societal and environmental benefits are maximised.

The Integrated System Plan (ISP) is a whole-of-system plan, developed by AEMO, that provides an integrated roadmap for the efficient development of the National Electricity Market (NEM) over the next 20 years and beyond. Its primary objective is to maximise value to end consumers by designing the lowest cost, secure and reliable energy system capable of meeting any emissions trajectory determined by policy makers at an acceptable level of risk.

Those in favour of projects in AEMO’s 2022 Draft ISP invariably suggest that the ISP is a blueprint for the future and AEMO’s inclusion of such projects amounts to an endorsement of their economic benefit. There appears to be a concerning assumption that the ‘regulatory framework’ starts with the ISP and the identification of ‘actionable projects’ and involves a final step of testing the alignment between the ISP and the RIT-T. This endorsement, without first determining the true net benefit of the project, establishes non-factual precedents that will bind future transmission and investment decisions. This is a serious issue.

AEMO and its ISP process has now assumed a much broader role, not just in planning the development of major transmission augmentations, but also in regulating their development. If this is to be sustained then regulatory arrangements need to be developed for AEMO to justify its selection of transmission augmentations that maximise net benefits, to protect consumers from monopoly abuse (gold-plating), and to protect against the crowding-out of private risk taking in contestable markets.

Offshore Wind - Commitment to the ISP

The Victorian Offshore Wind Policy Directions Paper outlines our State’s vision for offshore wind – paving the way for our State to host the first offshore wind farms in Australia. The plan includes procuring an initial offshore wind tranche of at least 2 GW, aiming for first power to come online as soon as 2028 following a competitive process, with targets of 4 GW of offshore wind capacity by 2035 and 9 GW by 2040.

Mr Bruce Mountain of the Victoria Energy Policy Centre (VEPC) recently commented that, “this announcement [offshore wind farms] up-ends AEMO’s modelling of the Victorian power system. AEMO had not forecast any offshore wind generation in its “Step Change” (most likely) scenario over the next 30 years.”

“AEMO’s ISP team will need to go back to the drawing boards and the finalisation of the 2022 ISP will have to be delayed.  Perhaps completely new analytical constructs are needed: is not an “optimal development path” a delusion in the context of such rapid technology and policy change?”

“Perhaps this announcement also tolls the bell for the aspiration of a “nation building” network of gargantuan interconnectors costing tens of billions of dollars. This dream (nightmare to my way of thinking) has smashed against the wall of political and economic reality.”

In response to commentary from the VEPC, an AEMO spokesman told The Australian Financial Review, “No offshore wind projects are sufficiently advanced against the required criteria to commit these as developments in the ISP.” “To qualify for AEMO’s consideration, an offshore wind project would need to have completed such steps as obtaining planning approvals, land acquisition, contracts for supply and construction of major equipment, the execution of financing arrangements and a firm construction date.”

This is a somewhat confusing and inconsistent response from AEMO given that no project on the Draft 2022 ISP has met any of the criteria to commit these as developments in the ISP. Including the Western Victoria Transmission Network Project (WVTNP) that has been ‘baked’ into the ISP blueprint even though it is continues to progress slowly through early planning stages and has not yet met criteria for ISP consideration.

The VEPC have provided more recent commentary regarding a committed ISP project, MarinusLink. “So are Basslink and Marinus Link evidence of an “indictment” in transmission planning? Yes. It is surely a “damning indictment” that, even with the experience of Basslink, the powers-that-be want to triple the interconnection with a new cable that is twice as expensive per MW than the existing interconnector, considering that the existing interconnector has been such an abject failure.”

Further to this, the VEPC's submission to AEMO's 2022 Draft ISP concludes that the benefits of Marinus Link are unlikely to exceed its costs, while AEMO concludes the opposite (in fact, that Marinus Link is purported to have the largest net benefits of all transmission projects considered).

HumeLink, another committed ISP project, has received equal criticism by the VEPC, with Snowy 2.0, a companion project, has been labeled as a '$10 billion white elephant'. The underground power station and tunnels alone will cost more than $6 billion, and Snowy Hydro avoids mentioning the transmission connections to Sydney – $4 billion-plus for HumeLink and the Sydney ring – and to Victoria.

According to the VEPC, there are many lessons from the HumeLink debacle.

“The overall take-out is that transmission projects need far more scrutiny, far earlier in the development process. It is clear that a rigorous process would have identified HumeLink (and Snowy 2.0) and Marinus Link to be uneconomic as proposed, saving $billions for taxpayers and electricity consumers.”

Assessment of the way that the 'actionable ISP' regime is working is that actionable project determinations by AEMO in the ISP process has replaced Australian Energy Regulator (AER) approvals, as the critical approval stage. In addition, there is no formal relationship between the conclusions of a RIT-T and the information that AEMO uses in its ISP, or the conclusions that AEMO reaches in its own actionable ISP assessment.

The Victoria to New South Wales Interconnector (VNI West) which AEMO endorses as actionable has not concluded a RIT-T and is far from being formally proposed. In December 2021, the AER granted a further extension to the PADR publication date from 10 December 2021 to 31 August 2022. The target delivery date for VNI West has now been pushed out to 2031 at the earliest.

Despite the absence of a regulatory investment test, VNI West has been embedded in the ISP 'blueprint' as an actionable project. In 2018, the ISP identified the possible need for VNI West, a portion of which includes the corridor between Ballarat and Sydenham.

Without conclusion of a RIT-T, AEMO has self-determined that VNI West will proceed, and that waiting to obtain easements and planning/environmental approvals between Ballarat and Sydenham Terminal Stations may present challenges in future as these areas become more built up and land values increase. AEMO then determined that C2 was the most credible option of the Western Victoria RIT-T (now the WVTNP) even though it will result in higher capital costs for C2.

The Western Victoria RIT-T should never have carried future benefits for VNI West given the uncertainty of this project and the very real likelihood it may never proceed. The Victorian Government has recently stated in its Offshore Wind Directions Paper that increasing capacity of interstate transmission lines requires unprecedented investment and carries substantial risk.

What does all this mean?

So, the question needs to be asked, what gives AEMO the authority to determine a credible option that result in higher capital costs, carries benefits for a future unlikely project and does not provide energy consumers with the greatest net benefit solution?

AEMO appears to have become an unaccountable energy decision maker, able to impose; costs on energy consumers through its regulated asset powers; on taxpayers through consequential Government grants; environmental and social costs on communities through its transmission decisions.

In its Draft ISP submission, the VEPC conclude “that the “actionable ISP” regime has made AEMO responsible for undertaking cost/benefit analyses to decide whether major transmission augmentations should proceed, and that the existing RIT-T regulatory test is now little more than a self-assessment. We have concluded that in this new context the analysis that AEMO has done to approve actionable transmission projects is not adequate. We also find that AEMO has made errors in its approval of the two largest actionable projects and, when corrected, these projects should not be “actionable”.”

AEMO appear to be misapplying their role as the network operator. Given there is no formal relationship between the conclusions of a RIT-T and the information that AEMO uses in its ISP. The project assessments that the network service providers undertake are therefore best described as self-assessments.

Neither the AER nor AEMO having any right or obligation to assess whether the self-assessment is correct. Regulatory accountability appears to be non-existent between AEMO and the AER and is this is a real concern.

The fundamental commercial driver for transmission companies is to maximise revenues through building more regulated assets. Hence, there is an inherent incentive to underestimate costs to get a project to the proposal stage. Naturally, a project develops momentum as it progresses, and it becomes more difficult to stop, even with the inevitability of escalating costs and decreasing (even negative) net benefits. Estimated costs need far more scrutiny, right from the initial stages of a proposal, and before inclusion in the ISP and some form of reprimand when shown to be understated.

The approval of HumeLink and Marinus Link, the inclusion of the WVTNP, VNI West and failure to include offshore wind in the 2022 ISP sets a disturbing precedent that AEMO must rectify if there is to be any hope of preserving the public and electricity consumers’ interests in the ISP.

We have a once in a lifetime opportunity to reset the process, apply what the industry has learnt over the past two years and work with all stakeholders, including community, to develop equitable laws, rules, policy and framework that considers the triple-bottom-line (including land-use conflict, environmental and socioeconomic impacts) and ensure least-impact transmission solutions are developed.

This will require strong leaders with bold visions and a paradigm shift in thinking.