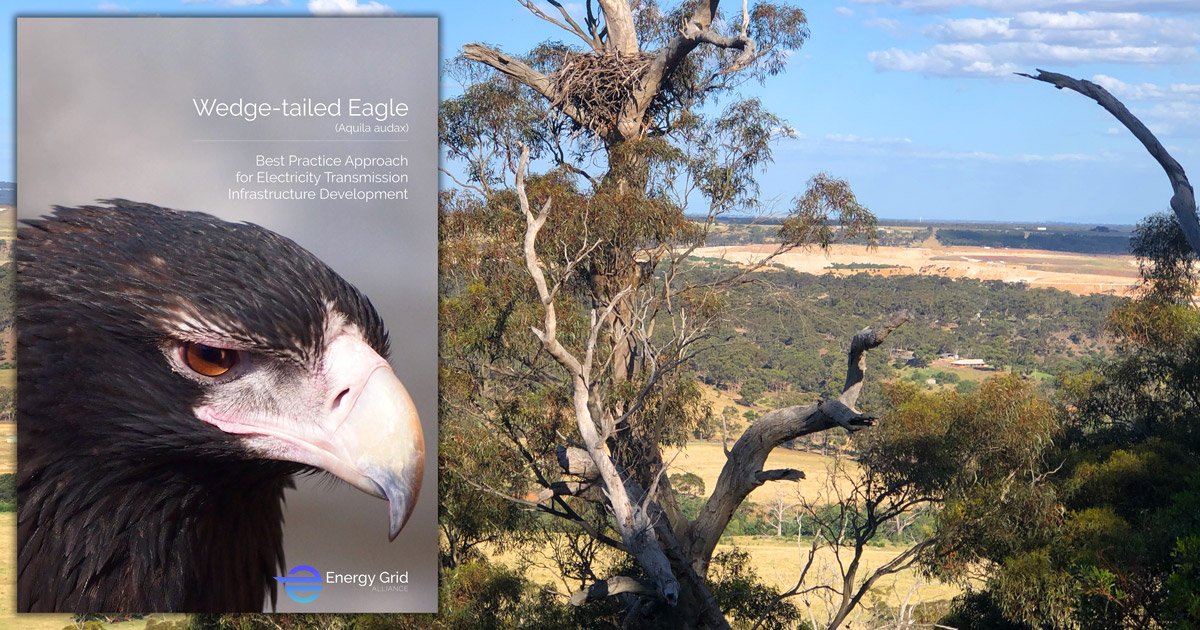 The Wedge-tailed Eagle (Aquila audax) is Australia's largest living raptor and one of the largest eagles in the world.

The Wedge-tailed Eagle is sensitive to disturbance and is affected by human activities including habitat clearing and construction activities in or near their territory. If a nesting eagle perceives a disturbance as a threat, even from hundreds of metres away, it may desert its nest site for years and long after the disturbance has ceased.

The proponent for the Western Victoria Transmission Network Project (WVTNP) is proposing to construct large-scale overhead electricity transmission infrastructure through regions of Western Victoria with a high density of active Wedge-tailed Eagles.

Wedge-tailed Eagles die or injure themselves through collision with the overhead powerlines or electrical structures. As increasing amounts of land and habitat is taken up by urban growth, renewable energy projects and development of overhead transmission projects such as the WVTNP, the incidence of such collisions is certain to increase.

The proponent acknowledged the importance of avoiding impact to eagles when an alternate corridor, south of Bacchus Marsh, was dismissed due to likely impacts on Wedge-tailed Eagle populations along the Rowsley Scarp. This was based on precedents set in 2005 when a planning permit to build a 70 generator wind farm at Yaloak was refused to protect eagles.

While Wedge-tailed eagles are not considered to be under threat on the Australian mainland they are protected in Victoria under the Wildlife Act 1975 and must not be killed, hunted, poisoned, trapped or taken from the wild.

The State Planning Policy Framework seeks to ensure that the objectives of planning in Victoria (as set out in Section 4 of the Planning and Environment Act 1987) are fostered through appropriate land use and development planning policies and practices which integrate relevant environmental, social and economic factors in the interests of net community benefit and sustainable development.

The transition to renewable energy generation in the name of climate change must not degrade the environment and biodiversity we are striving to protect.